At other locations on the Antietam battlefield 150 years has, to varying degrees, changed the landscape. A row of trees now stands along the sunken road. The various woods that provided cover and launching points for Union and Confederate attacks no longer are made up of the same trees. But here, at the Burnside bridge, with the permanence of stone, 150 years has changed very little.

At the Burnside bridge battle site, the bridge has not changed. The view from the top of the hill down on the bridge is the same one that Confederate troops had some 150 years ago. The wall of stone that parallels Antietam Creek is the same wall where Union soldiers took shelter from the gunfire. This is the same wall where many of those soldiers were temporarily buried in the days following the terrible carnage that occurred here. A visitor today can run their hand across the same stone of the bridge that a soldier once felt as he pushed forward under fire. That immediacy is a powerful thing.

Looking at historical photos of the site taken in the days after the battle it is easy to see that the visitor today is seeing virtually the same scenery that the Civil War soldiers saw then. Having historical photos, first hand accounts, and the story of how the battle on this site commenced, the visitor has an unparalleled opportunity to contemplate the insanity of battle. 150 years ago men charged across this narrow little bridge under a hail of bullets from the hill just opposite. It does not take a military expert to see the impossibility of the situation, and yet it did happen. 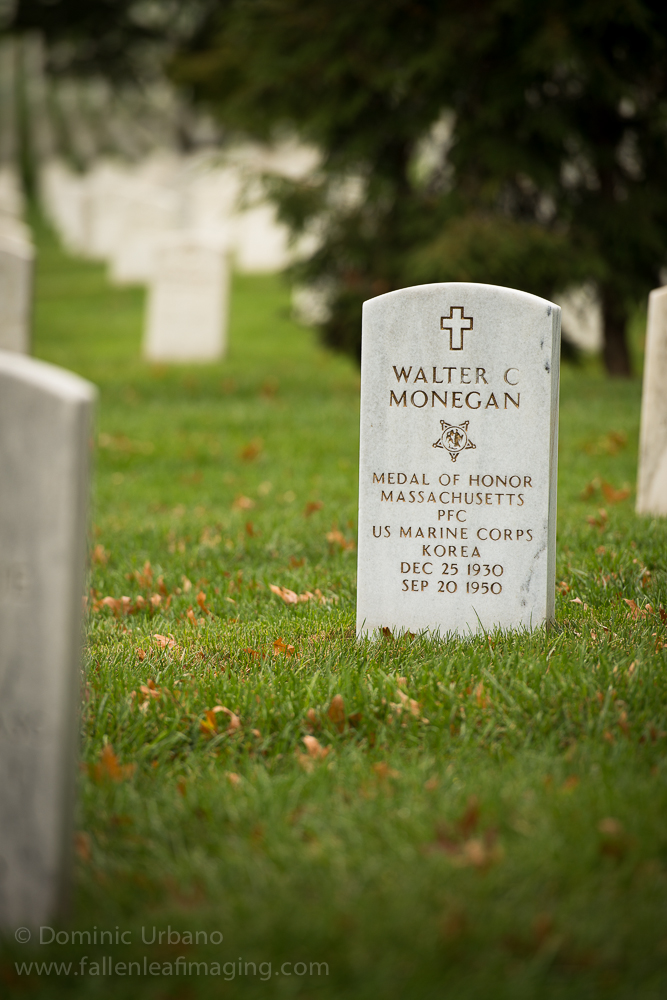 A chance meeting with a Medal of Honor recipient, Walter C Monegan Jr., who was killed in “The Forgotten War”….